Multi-User MIMO: What it is and why you need it

These days, with family members increasingly online at the same time and engaged in ever heavier streaming activities, in-home Wi-Fi is under pressure like never before. And that presents a challenge. In this article, we delve into MU-MIMO and explore how the technology could be the key to overcoming this challenge and ensuring both satisfied end-users and a future-proof ISP business.

During peak hours, with four family members streaming 4K TV, watching videos and playing full HD video games at the same time, any in-home Wi-Fi solution would be challenged. There's certainly nothing new about this problem. And ensuring high speed and good coverage throughout the home remains the biggest and most important challenge facing ISPs today.

However, according to Jens Bundgaard, Technical Program Manager at Icotera, the challenge is not limited to bandwidth:

- In these peak hours, just having a fast internet connection won't always do the job. With many users connecting at the same time, their devices end up competing against each other, thus impairing the individual user experience. This is where MU-MIMO plays a key role, he points out.

“Just having a fast internet connection won't always do the job. With many users connecting at the same time, their devices end up competing against each other, thus impairing the individual user experience. This is where MU-MIMO plays a key role.”
–Jens Bundgaard, Technical Program Manager, Icotera

MU-MIMO stands for "multi-user, multiple input, multiple output" and, as the name might suggest, is a technology that allows multiple users to connect at the same time while ensuring all users are prioritized equally. In short, if a wireless router has a sufficient number of antennas, MU-MIMO allows multiple users access without creating congestions. MU-MIMO technology breaks up the available bandwidth into separate, individual streams that share the connection equally.

In theory, a wireless router needs only four antennas to support MU-MIMO, so a Wi-Fi 6 router with four antennas should be able to employ MU-MIMO. But in reality, a fifth antenna is needed to scan the surrounding environment for disruptions such as traffic and noise. For this reason, Icotera's Wi-Fi 6 routers have a minimum of five antennas, and some even have eight antennas. The more antennas, the better the performance.

In the end it all comes down to the ISP

Jens Bundgaard admits that, outside peak hours and with only modest pressure on the in-home Wi-Fi solution, the need for MU-MIMO might not be as urgent.

- Sure, you can achieve a stable and acceptable connection with a relatively simple router, when there is no pressure on the internet. But the minute you connect more devices, that's when the trouble starts. And when end-users experience poor image quality, or their favorite TV show starts buffering, they typically blame the bandwidth. For the end-user, the true cause is of little concern. But they will expect the ISP's customer support to solve the problem or, worst-case scenario, switch to another internet supplier.

The Technical Program Manager foresees that the challenge will become increasingly widespread due to the rapid advances being made in resolution quality. The shift from full HD to 4K is already well underway and the future, one in which 8K is the new standard, may not be far off.

Jens Bundgaard recently met with an end-user and the encounter exemplifies why this can be problematic:

The end-user had just bought an ultra-modern TV supporting 4K. The first time he turned on Netflix, an automatic message popped up on the streaming platform asking if he would like to upgrade to a 4K subscription. He gladly accepted to pay the extra fee and was excited to see his favorite series in even better quality. But he was very disappointed to see that nothing really changed. Why?

- In this scenario, the Wi-Fi performance on MU-MIMO became the limitation. His router simply wasn't able to provide the bandwidth needed to run the 4K resolution while other family members were streaming on their devices simultaneously. Unfortunately, I do not believe this is a one-off example. Simply put, every time the technology takes a leap, the bandwidth requirement more than doubles. So, with the way things are going right now, I foresee that ISPs will encounter this challenge with even greater frequency, Jens Bundgaard explains.

For this reason, the question ISPs should be asking themselves is: Can our customer premise equipment (CPE) keep up with these developments?

- Normally, we say that a well-configured router has a lifespan of five to six years, but what happens when advances in resolution outpace the router's capabilities? It's a tough question for ISPs, but there are ways to future proof your equipment: a Wi-Fi 6 router with eight antennas, for example, is significantly more future proof than a Wi-Fi 6 router with just four antennas. And that's because of MU-MIMO. We predict that MU-MIMO will continue to gain traction and eventually become a prerequisite for 8K, 16K and so on, he ends.

Want to know more about how high-end routers with efficient MU-MIMO can make your end-customers happier and future proof your ISP business?
Feel free to contact our Technical Program Manager, Jens Bundgaard at jbu@icotera.com

Curious on how to beat competition from new ISPs?
And how to make profit with a single-play Wi-Fi service, while lowering customer churn?
Download our new E-book: The competitive ISP here 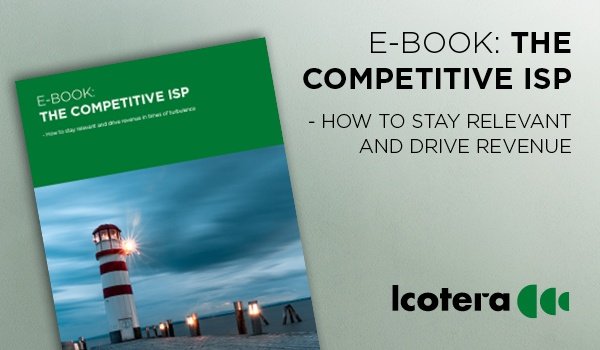